RFG can’t have its cake and eat it too

PRIOR REPRESENTATION DEEDS commonly used in franchising will now have less of an effect as a result of a Court of Appeal decision handed down yesterday.

The case concerned a Michel’s Patisserie in Townsville. The franchisee alleged misrepresentations about regular deliveries from Brisbane to Townsville, including the quality of frozen product once trucked that far and thawed, plus non-disclosure of a lack of suppliers, including that a key bakery in Brisbane had been placed in administration. The franchisee claimed that deliveries were in fact going to be from Sydney and had never been delivered as far away as Townville, or indeed, had not been delivered to Queensland over the past two years. 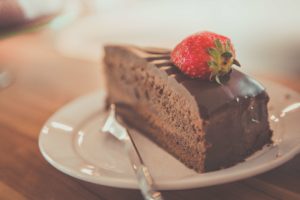 At first instance, RFG had succeeded in defending the franchisee’s claims based upon answers given in a Prior Representations Deed. After a trial lasting 9 days, the primary judge placed great reliance upon the Deed in determining that the franchisee did not rely on the alleged representations.

Prior Representations Deed only part of the evidence

However, the Court of Appeal said the Prior Representations Deed was only part of a much larger body of evidence that the primary judge should have taken into account when addressing the issue of causation.

The Court of Appeal[1] said:

“[28] Contractual provisions such as clauses of the Franchise Agreement and the Deed of Prior Representations (including the second appellants’ answers in the Questionnaire) that are inconsistent with claims that the appellants sustained loss by entering into contracts because of misleading conduct may be relevant in the fact finding process but they are not legally effective to preclude such claims. In Campbell v Backoffice Investments Pty Ltd,[2] Gummow, Hayne, Heydon and Kiefel JJ observed that, “neither the inclusion of an entire agreement clause in an agreement nor the inclusion of a provision expressly denying reliance upon pre-contractual representations will necessarily prevent the provision of misleading information before a contract was made constituting a contravention of the prohibition against misleading or deceptive conduct by which loss or damage was sustained… whether conduct is misleading or deceptive is a question of fact to be decided by reference to all of the relevant circumstances, of which the terms of the contract are but one.”

The Court of Appeal criticised the primary judge for setting out the correct test but failing to follow it:

“[30]… In one of the cases cited by the primary judge, Juniper Property Holdings No 15 Pty Ltd v Caltabiano (No 2), Jackson J, after referring to authority for the proposition that courts adopt a cautious approach to assertions of reliance in this context, observed that “I must look to see what other evidence supports the defendant’s evidence that he would not have entered into the contract but for the alleged representations.[3]

[31] Unfortunately, the primary judge did not undertake that enquiry.”

RFG did have some success in dismissing claims by franchisee for breach of contract and negligent misrepresentation because clauses of the franchise agreement limited or excluded liability for these matters.[4]

The Court of Appeal remitted the matter to a retrial. RFG was ordered to pay the franchisees costs. That will mean that the parties face the time and costs of another lengthy trial, unless a resolution can be reached outside of Court.

[1] Fraser JA with whom McMurdo JJ and and Boddice A agreed.