Reflections on the Advanced Mediation Workshop at Harvard (June 2017)

It is not every day you can mediate a dispute with a UN humanitarian negotiator or a Judge from Brazil!

Just recently, I had the privilege of being alongside 47 fellow mediators at the Advanced Mediation Workshop at Harvard University (Cambridge, US). The student mediators hailed from the US, Russia, Brazil, UK, Canada, Switzerland, Singapore, Malaysia and New Zealand. Australia was well-represented, with 1/8th of the group being from the land of girt by sea.

I confess I was seeking an excuse to ‘go to Harvard’ (note unashamed name-dropping above!) and to get my NMAS accreditation without having to do the beginner 3 day courses.  Like many of you, I completed mediation subjects as part of my LLB and have mediated disputes for years – so a ‘mediation 101’ course didn’t excite. 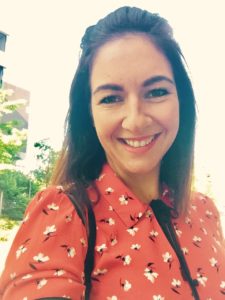 This was by far the most-cutting edge mediation course I have attended.  There were no stale mints or bland powerpoints. The campus at Harvard is nothing short of impressive.

I discovered that conflict can actually bring countries and parties closer together.

The course format is highly interactive and includes the NMAS requirements of role plays.  Except here the ‘disputes’ to be mediated included environmental clean-ups (unions, industry bodies, environmental groups, consumers and the Agency), sensitive issues such as responsibility for the cost of rebuilding the World Trade Centre (developers, insurers, New York State and New York City plus families), and emotionally-charged issues such as protest rights for a Pride festival.

For me, the absolute highlight was designing processes for public review of legislation with lawyers for whom such a process was a pipedream, given the political state in their country.  It truly summed up how many students said they felt on their first day: privileged.

The teaching format was impressive.  I confess that after the first day, I feared too much academic ‘navel-gazing’ and audience participation but I soon understood the purpose and it was onwards and upwards from there.   It was as fast-paced as a game of grid-iron and just as punctual (thanks Mooly!).

Three of the five days focused on public policy and multi-party mediations so I’ll have to be creative about putting them into practice. But I got some great tips for managing Judicial Inquests/Inquiries.

I used this as an opportunity to see others in action and try new tricks (some now in my toolkit and others never to be repeated!).

Due to student numbers, there is a large focus on co-mediation in the first few days, which can be a new experience for some.  I used this as an opportunity to see others in action and try new tricks (some now in my toolkit and others never to be repeated!).

There was also opportunity to role play as a party or a negotiator.  These actually provided the most priceless learning opportunities:

To be accepted into the course, one needs to demonstrate past experience as a mediator. For fellow barristers who have spent years mediating but have never formally sought accreditation, this course provides a great pathway.  The only thing left to complete is the video assessment, e.g through the College of Law. Beware, some local universities won’t recognise it, no doubt trying to protect their ‘patch’ and will use the excuse that Harvard meditators are not NMAS accredited.

Personally, I think they are missing the point and that it is a case of the student wanting to be better than the master, given that mediation mostly sprung from Harvard. Having spoken with other graduates of the local 3-day courses, the Harvard course covers all the NMAS elements but to a much higher calibre.  It’s certainly not cheap, especially with accommodation prices in Cambridge, but I found a good AirBnB on Harvard Street, which also happened to be near the great Waypoint restaurant and the only passable coffee to be found in Cambridge (at Tatte). See, sometimes name-dropping has a purpose!

I’ll see you all on the mediating circuit and hope that some of my colleagues will find themselves here.