THE COURT OF APPEAL in Western Australia recently upheld a trial judge’s decision that a holding company was insolvent, and that the Directors, Mr and Mrs Perrine, were liable for insolvent trading.

GOOD FAITH AND REASONABLENESS is an implied obligation built of two components. However, according to the Full Court of the Federal Court, these components are not entirely independent considerations, and to a large extent inform one another.

In the well-known class action case, YUM! Restaurants, the franchisor of the Pizza Hut franchise in Australia, adopted a business strategy as part of which it exercised its discretionary power under its franchise agreement with each franchisee to set the maximum price for pizzas. The strategy reduced the number of ranges of pizza from four to two, and significantly reduced prices across the two remaining ranges.

The move was opposed by a large number of franchisees, concerned that their financial survival would be made more difficult by lower prices – a concern that was ultimately justified as the strategy failed to reverse a trend of diminishing profits. 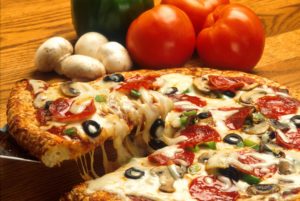 At first instance, Justice Bennett found that YUM! had acted honestly despite the consequences of the strategy, having considered the results of similar price changes in other markets, tested the strategy on […]