Skip to content
Home/Uncategorized/What does the Human Rights Bill mean for you?
Previous Next

What does the Human Rights Bill mean for you?

The Human Rights Bill has passed in Queensland, to a shower of press releases and accolades.  But what does it mean for you and your clients?

At a basic level, the Bill identifies 23 human rights, ranging from civil and political rights to economic, social and cultural rights.  It introduces a number of systems and procedures to ensure that these rights are safeguarded.

The explicit human rights recognised are:

The biggest impact will be on the Queensland Government itself, with a number of compatibility requirements for lawmakers and new obligations for public entities to be enforced by way of a robust human rights complaint system.

The immediate impact of the human rights regime on businesses may not be great: presently, businesses are not granted any rights under the Bill and are not made subject to any new obligations. 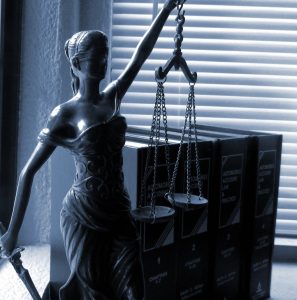 However, the Bill has clear potential impact for individual litigants and judicial processes.

The Bill enables parties in statutory interpretation cases to argue that provisions in existing Queensland legislation must, ‘to the extent possible that is consistent with their purpose’, be interpreted in a way that is compatible with the human rights named in the Bill (s 48). Such questions of interpretation may be referred to the Supreme Court (s 49), which may ultimately issue a ‘declaration of incompatibility’ to the Attorney-General (ss 53, 55). Notably, this declaration does not affect the validity of the provision or itself create any legal right or action (s 54), but it does oblige the State Government to consider the identified incompatibility and issue a response within six months (s 56).

In this context, a ‘public entity’ includes among other things public service employees, the Queensland Police Service, Ministers, and local government employees (see s 9). A complaint against these entities can be made to the Queensland Human Rights Commissioner where:

(1) a complaint has already been made to the public entity;

(2) at least 45 business days have elapsed since the complaint was made; and

(3) the person has received an inadequate response, or no response at all (s 65).

These pre-conditions are roughly analogous to those imposed at the international level as part of the United Nations Human Rights Council complaints procedure, which requires that domestic remedies must be exhausted first unless it appears that such remedies would be ineffective or unreasonably prolonged.

Importantly, however, human rights complaints can only be brought by the individual (or individuals) the subject of the public entity’s alleged contravention, or otherwise the agent of the individual or a person authorised in writing by the Commissioner to make the complaint on the individual’s behalf (s 64). This reflects the position in s 11 of the Bill that only individuals — not corporations — have human rights.

Ultimately, the Human Rights Bill seeks to protect marginalised individuals and communities in Queensland, and to encourage awareness of human rights in lawmaking and public conduct. The impact of the new laws will only be truly revealed following the enactment of the legislation. As with all things, the protections and procedures it establishes will need to be used with wisdom and sensitivity.